Funny story about how I ended up photographing Steven and Caroline’s Palm Cove elopement… These two beautiful souls discovered me through an animal rescue organisation back in January, when I was foster mum to the naughtiest, cheekiest, handsomest bull Arab pup named Awa. Awa had no manners, would head butt our faces when he jumped up to greet us, knock the food bowl out of our hands faster than we could say, ‘sit’, and would chew on my favourite clothes when I wasn’t home. There was very little chance anyone would put up with his antics, so we had to train him hard everyday. Within a month, Awa was a different dog. He sat and looked at his food bowl (mouth drooling, bum scooting towards the bowl every second) but he sat and waited! I posted a cute video of Awa waiting for his food, and soon after, Steven and Caroline contacted me wanting to meet Awa. Truth be told, we were so relieved and secretly shocked how charmed they were with him, but after all, Awa was adorable despite his shenanigans.

During the adoption process, Caroline mentioned she followed me on insta and it turned out, I had also followed her without realising who it was! Caroline is awesome marketing and advertising specialist and I loved her content. She said after they’d settled down with Awa and finished moving houses, they were thinking of eloping and asked if I’d be interested in their photographer. Hell yes!

Fast forward to May 22, amidst a week of crazy rain, we were blessed with the most gorgeous afternoon in Palm Cove. What followed was pure magic.

P.S. We all wanted Awa to be in the family photos but we all knew it wasn’t gonna happen. Not only would he have stolen the show, he probably would have drank another belly full of water and ended up at the vet! (Watch this space for a family session with Awa in the near future though.) 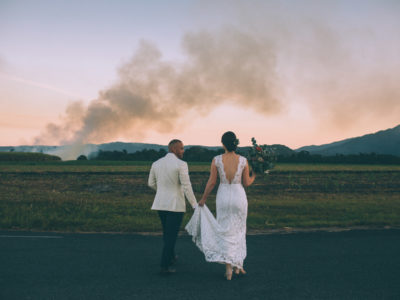 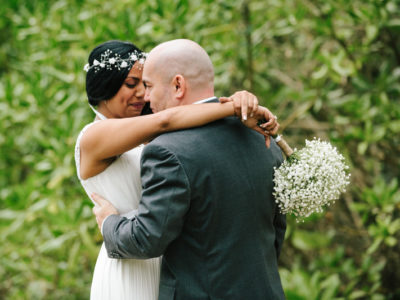 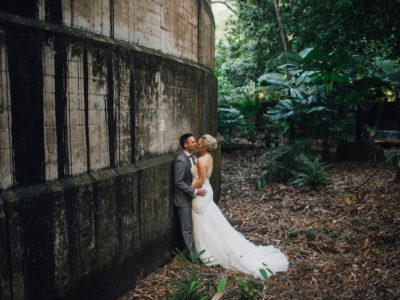